Spring MET 2019 concludes with fourth and final part in April

Spring MET 2019 concludes with fourth and final part in April

The spring edition of the Mediterranean Equestrian Tour in Oliva Nova, Spain, is about to conclude as the fourth and final part of the event gets underway

Kicking off on the 9th of April, the Spring MET IV counts two weeks of international competition running until the 21st of April. The first week of competition is a CSI2* and CSI1* while the last week is a CSI3* and CSI1* – all with Gold, Silver and Bronze Tours. A total of 294,700 Euro in prize money is on offer, and there are six classes counting for the Longines Ranking. Both weeks of competition also offer CSIYH classes for young horses at the age of five, six and seven.

Some of the very best horses and riders in the world are returning to Oliva Nova for the Spring MET IV, among them the winner of the Rolex Grand Slam Grand Prix of Spruce Meadows in 2018, Egypt’s Sameh El Dahan. “I think the Tour in Oliva is one of the best places in Europe to get the horses fit and ready for the coming outdoor season,” Sameh comments on his return to the MET. “There are courses for each level, the footing is perfect and the location next to the beach is ideal,” Sameh, who brings his Rolex Grand Prix winning mount Suma’s Zorro with him to MET, says.

Joining El Dahan are top names like Brazil’s Pedro Veniss – winner of the Rolex Grand Slam Grand Prix of Geneva in 2016, his compatriot Pedro Junqueira Muylaert, the young and talented French rider Alexandra Paillot as well as Great Britain’s Laura Renwick – one of the fastest female riders on the circuit. 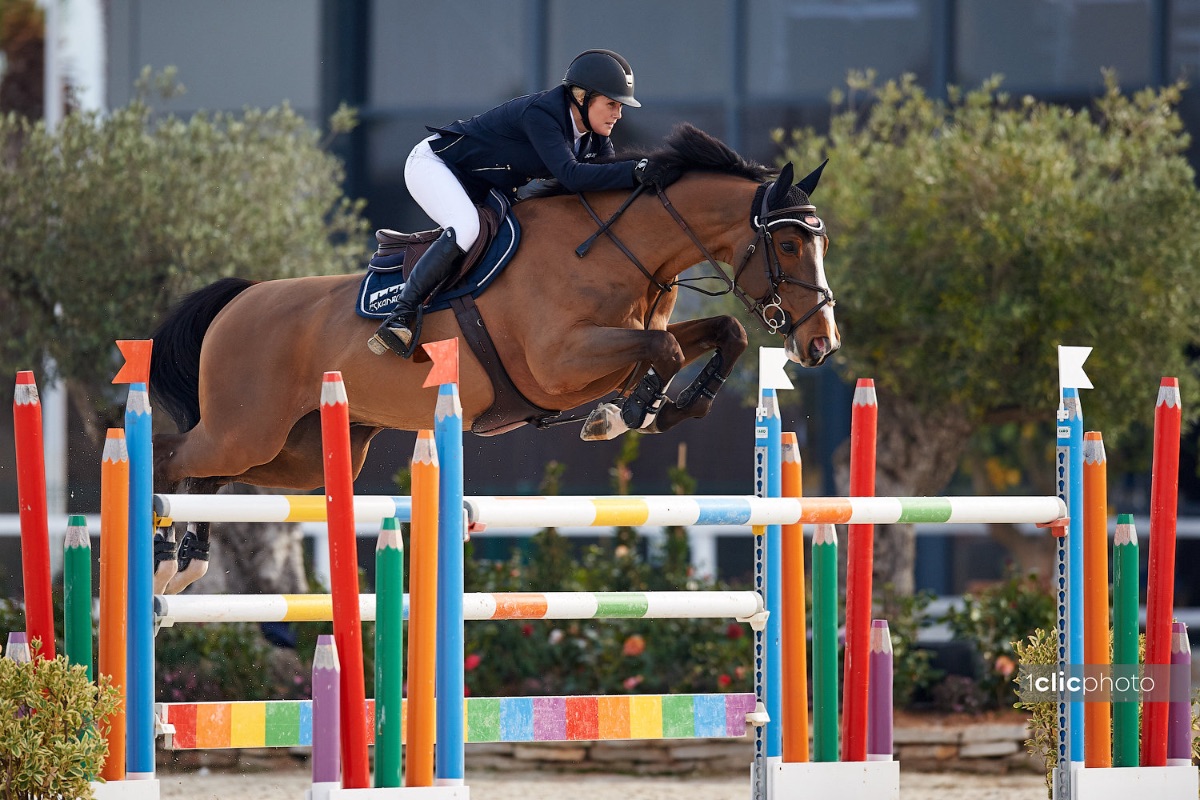 After concluding on the 21st of April, the Mediterranean Equestrian Tour takes a break over the summer before resuming with the Autumn MET in October. The first part of the Autumn MET runs from 1st of October until the 20th, followed by the second part in November.

Houston and Schurtenberger tie for the win in the CSI3* 1.50m Grand Prix presented by Oliva Nova Beach & Golf Resort at Autumn MET 2022

Jason Foley and Rockwell RC race to the win in the CSI2* 1.45m Grand Prix presented by Rent A Car Dénia at the Autumn MET II 2022

This website uses cookies to improve your experience while you navigate through the website. Out of these, the cookies that are categorized as necessary are stored on your browser as they are essential for the working of basic functionalities of the website. We also use third-party cookies that help us analyze and understand how you use this website. These cookies will be stored in your browser only with your consent. You also have the option to opt-out of these cookies. But opting out of some of these cookies may affect your browsing experience.
Enregistrer & appliquer
Propulsé par