This week, the 2021 Autumn MET resumed with its second part of the tour in Oliva Nova, Spain and it was Isabella Russekoff (USA) and Balou’s Fly High (Balou du Rouet x Grandeur) that went away with the biggest win in Sunday’s CSI2* 1.45m Grand Prix presented by Dammann Reitplatz- u. Sportplatzbau GmbH. “This is a really big win for me; I have not had a FEI Grand Prix win yet,” the happy winner commented.

The Grand Prix course set by Spain’s Elena Boix counted 13 obstacles and 16 efforts and it was a delicate deal, ending with a demanding line set right in front the Club – with a triple combination followed by a Liverpool upright and a bending line to the final oxer.

First to go in the jump-off, Clara Hallundbæk and HH Best Buy threw down the gauntlet when crossing the finish line in 44.52 seconds. With seven riders in between failing to clear the fences and catch her time, it was Germany’s Christopher Kläsener on Loopy that eventually pushed Hallunbaek to second and took over the lead after stopping the clock on 43.19 seconds.

However, as second last to go in the jump-off, Isabella Russekoff and Balou’s Fly High had plans. Taking all the risk towards the last fence, Russekoff managed to shave off fractions on Kläsener’s time and with 43.17 seconds the victory was hers. Kläsener had to settle for the runner-up spot, Hallunbaek placed third, Megahey fourth while Vereecke – with the fastest time of the day but an unfortunate pole down – took the fifth spot.

“I bought my horse when he was eight, and now he is fourteen,” Russekoff told about her partner Balou’s Fly High. “I have known him for a long time, and we trust each other a lot which is a really good thing. He is my favourite horse, because I have had him the longest. I thought the course today really suited him, because he has a really big stride to make up the time.“

About her risky ride in the jump-off, Russekoff said: “Actually, my plan for the last line in the jump-off was to not count the strides but just go as fast as I could because I know he always leaves the last jump up.”

This is Russekoff’s first time at the MET, and the American rider is enjoying her time at the venue. “I really like the show, I think it is a great opportunity for two- and three-star riders to step up,” she said. “I have been going back and forth to Europe since 2014 and heard about MET from my friends as it is a favourite show for all of them. I wanted to end my circuit in Europe with some two-and three-star shows and from here I finish the two weeks before I ship the horses back to Wellington for the Winter Equestrian Festival. It is such a nice facility here; I love it and definitely want to come back.” 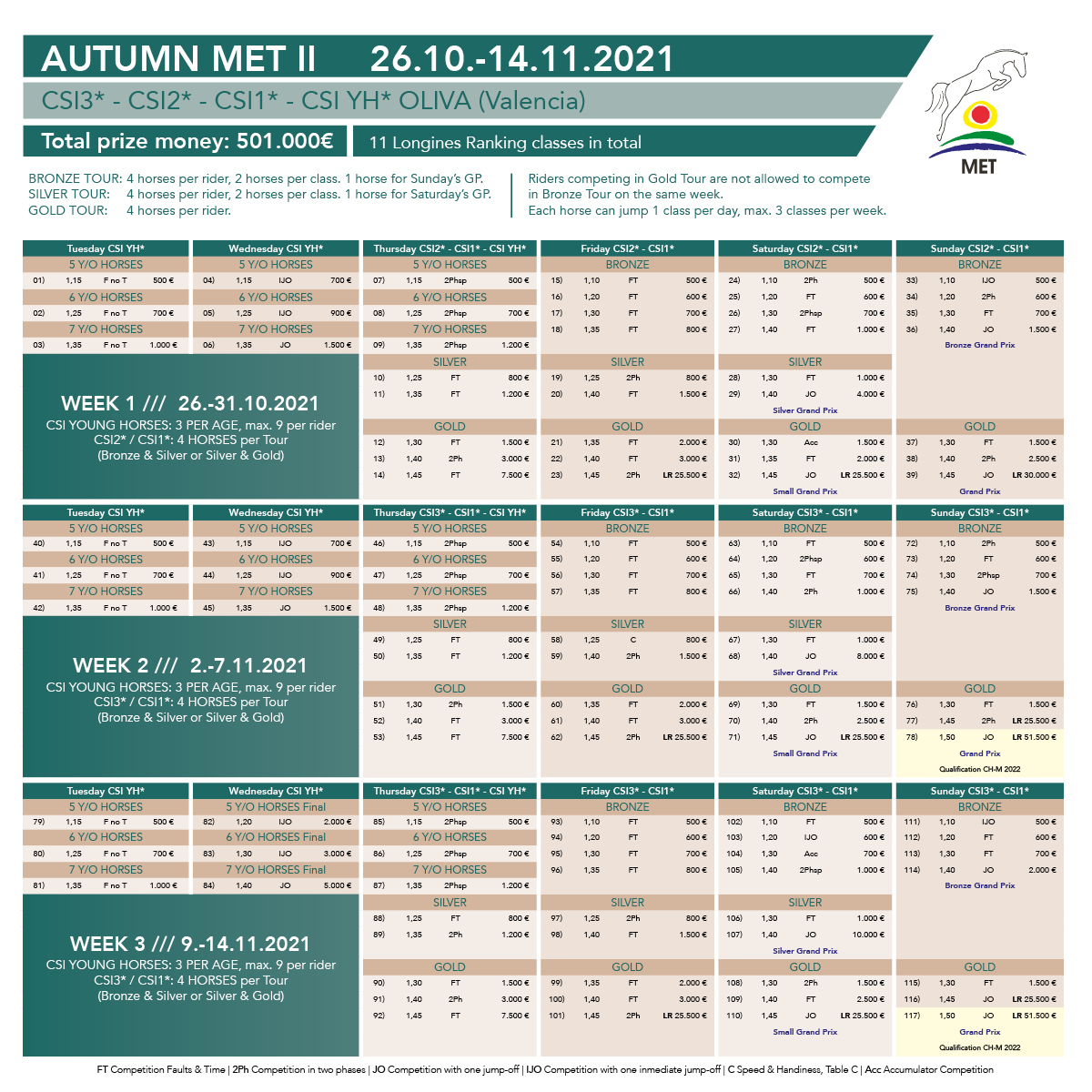