The second week of Spring MET I 2023 concluded on Sunday with a German victory in the CSI3* 1.50m Grand Prix presented by Oliva Nova Beach & Golf Resort, as Christian Kukuk and Nice van’t Zorgvliet took the top honours after an exciting jump-off.

First out in the jump-off, Baryard-Johnsson and Harley Davidson jumped a smooth round, setting the standard with their time of 43.12 seconds. However, Ferrer and Arka de La Hart Z – a pair that is no stranger to winning at Oliva Nova – gave it their best shot, crossing the finish line in 40.66 and taking over the lead. With a left-hand approach to the first fence, Guerdat and Is-Minka slotted in between Ferrer and Baryard-Johnsson when the clock stopped on 41.07 for the Swiss Olympic Champion. As the last pair out in the jump-off, Kukuk and Nice van’t Zorgvliet flew around the vast Oliva Nova arena, taking the win with the smallest of margins; 0.15 seconds ahead of Ferrer in second, pushing Guerdat to third and Baryard-Johnsson to fourth, while Charles and Balou du Reventon finished fifth.

“Luckily, I got a very good position for the jump-off as last to go, so I could follow all my colleagues before me,” Kukuk said after his victory. “I saw Alexa and she looked very fast. Then I saw Steve; I thought he was very quick as well, and his jump-off was super. After seeing Steve, I knew there was not too much we could do; we just had to give it our all. We did, and today was thankfully one of those days when it all worked out – now we are very happy.” 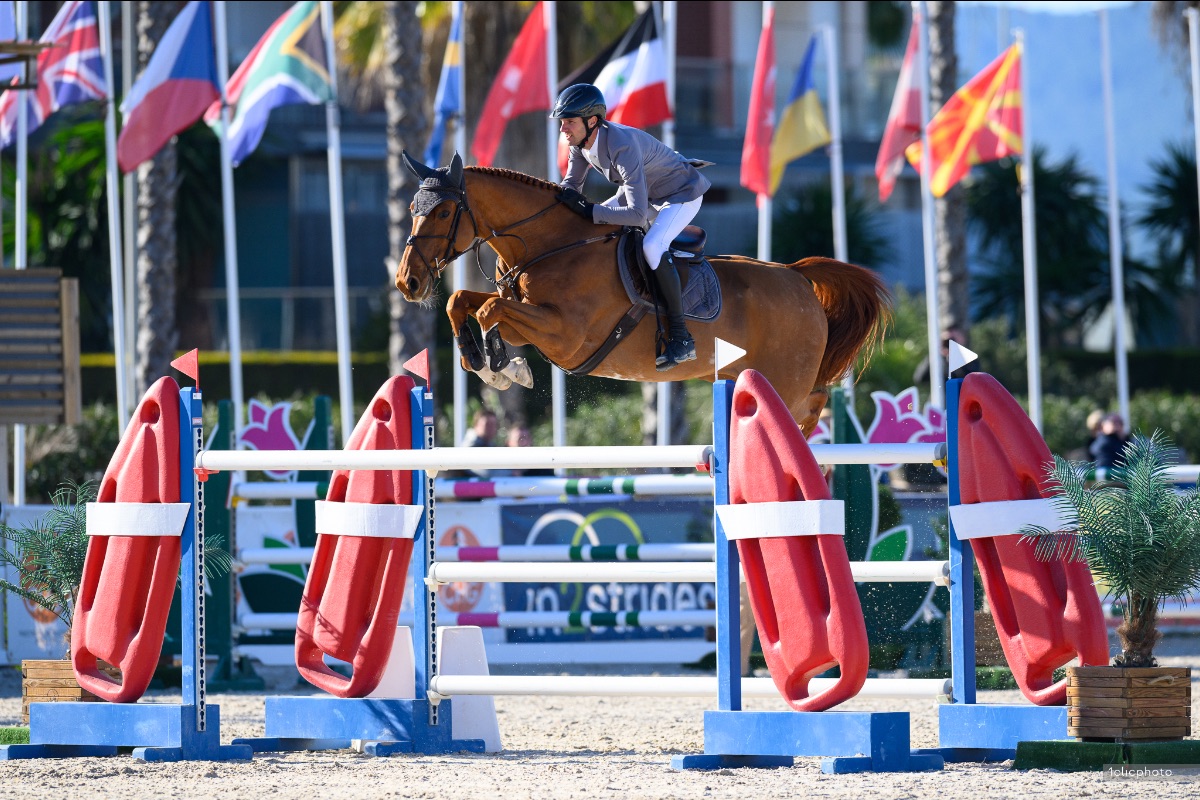 “Nice van’t Zorgvliet is only ten,” Kukuk continued. “She is owned by Noora Pentti, and I got the ride on her when she was eight. Our first show was the Youngster Tour in Aachen in 2021, and, originally, I thought I would only ride her for that show, but already then she jumped one clear round after the other and since it worked out so well I kept riding her. Last year, when she was nine, she had an unbelievable year: She jumped the LGCT Super Grand Prix in Prague, she had great results in Aachen and Sopot – she did so many good things. I gave her a break in December and now we came here to Oliva to get ready for the new season ahead of the first leg of the LGCT in Doha. I started with a few small classes last week and a few more smaller classes this week, I was actually really getting ready for this Grand Prix. I had a very good feeling on her over the last days and she proved today that she is in very good shape at the moment. We are all very happy!”

“I really enjoy it here,” Kukuk, who’s competing at the Spring MET for the third year in a row, said about the venue Centro Ecuestre Oliva Nova. “This year, I have eight horses with me. You have everything you need here; you can work the horses properly, there is plenty of space and the arenas are great. Oliva is a perfect mix between having the opportunity to bring the young horses up, giving them a chance to learn something new, and taking the older ones with to enjoy their lives while at the same time having very competitive classes. I have learned that especially in the three-star Grand Prix classes, the level of competition is always very tough and the courses are not easy. And for me, that is perfect – it helps a lot in getting ready for the new season. I like to come here, especially in January this fits my schedule really well. Everyone is happy here; it makes a big difference to everyone’s moods – both horses and humans – when the sun is shining.”